Anti-Semitism
There are many theories as to why Hitler ‘hated’ the Jews. In all likelihood he did not personally bear such a grudge against Jews as to truly desire their extermination, but as shown below, Hitler was the result of prevailing and long-held prejudices against Jewish people.
The emergence of right-wing racist nationalism was apparent before 1914 and was enhanced after WW1:
• the self deception of the ‘stab in the back’ myth
(that the German leadership had betrayed the people by surrendering in WW1)
• the humiliation of the Versailles Treaty
• the political and economic weaknesses of the Weimar Republic.
By the early 1920s, there were many small right-wing parties such as the Nazi Party. Hitler was able to exploit hostility towards the Jews and turn it into a radical ideology of hatred. He was the product, not the creator, of a society that was permeated by such prejudices.
Hitler, though, took this extremism to new heights. Using his charisma, he was able to continuously persuade people that the Jews were at the root of all the problems in Germany after WW1. This suited people, as it is always easier to have a specific social group to blame rather than face the fact that you, yourself, were responsible for electing or allowing leaders to bring about the downfall of your own country.
It can be argued that in 1932 people voted for Hitler because he was anti-Semitic, but in fact most of the people who voted for him were motivated by unemployment, the collapse of agricultural prices and the fear of Communism.
In 1934 a survey showed that 60 percent of people, when asked why they voted for Hitler, did not mention anti-Semitism at all.
The action against the Jews was gradual. Many German people believed that the early laws against Jews (such as those prohibiting Jews from being teachers, in government and so on) were justified as the Jews had indeed caused so many problems for Germany.
There was no indication of what would happen later.
For those people who did manage to foresee what might happen, it was already too late. The machinery of the dictatorship was already in place and resistance was pointless and anyway almost impossible. 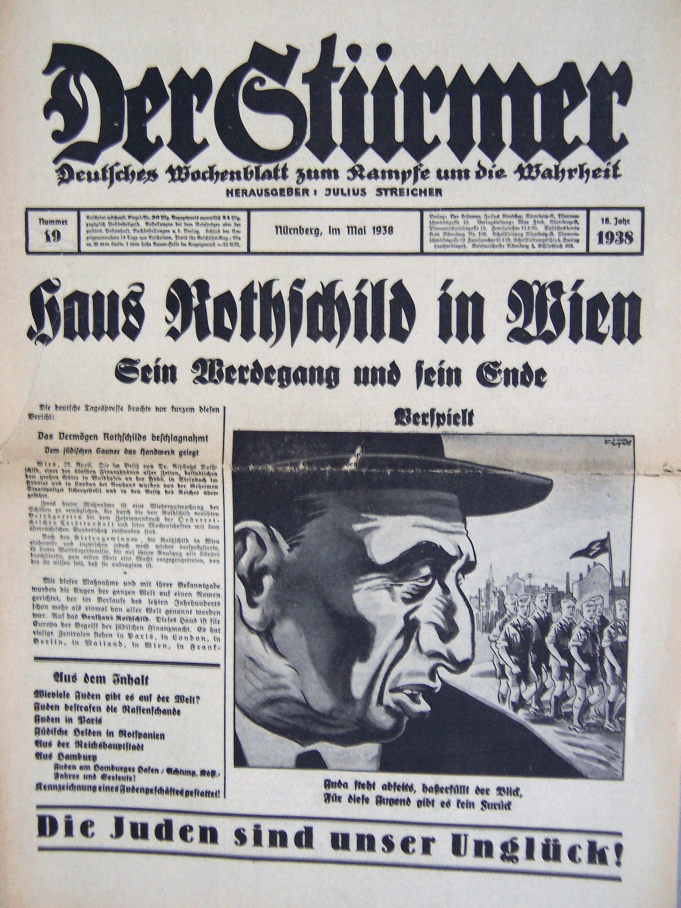 Hatred all around you 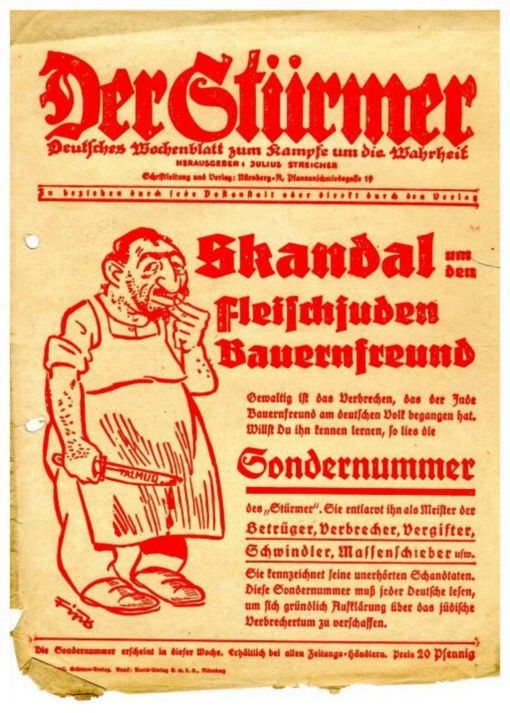 makes you believe it

A boycott of Jewish shops was organised for April 1st 1933. Soldiers and members of the Nazi party stood outside Jewish shops and tried to persuade people not to use those shops on those days.

However, it did not really succeed and many Jewish shops were used as usual.

In addition, it was bad publicity for Germany aboard as other countries could see that there was anti-Semitic action.

Feelings of hopelessness were soon replaced by those of fear. To show sympathy for, or to protect Jews, was to risk one’s own freedom or one’s own life.

Der Stürmer was an anti-Semitic newspaper, pinned up all over Germany, spouting lies about the Jews. Propaganda against was no more obvious than this newspaper.

 Radical Nazis wanted to take immediate action against Jewish people and their businesses, but even the party’s leadership was worried that it could get out of hand - an uprising could easily turn against any authority.

A one-day national boycott was organised for 1 April 1933. Jewish-owned shops, cafés and businesses were picketed by the SA, who stood outside urging people not to enter. However, the boycott was not universally accepted by the German people and it caused a lot of bad publicity abroad.

The Nazi leaders developed their anti-Semitism in a more subtle way. Once the Nazi regime had established the legal basis for its dictatorship, it was legally possible to initiate an anti- Jewish policy, most significantly by the creation of the Nuremberg Laws in September 1935. This clearly stood in contrast to the extensive civil rights that Jews had enjoyed in Weimar Germany. The discrimination against Jewish people got worse as an ongoing range of laws was introduced. In this way all the rights of Jews were gradually removed even before the onset of the war.

Here’s an illustration showing the Anti-Semitic Laws and their effects.

Nazism also set out to change people’s attitudes, so that they hated the Jews. Goebbels himself was a committed anti-Semite and he used his skills as the Minister of Propaganda and Popular Enlightenment to indoctrinate the German people.

All aspects of culture associated with the Jews were censored. Even more forceful was the full range of propaganda methods used to advance the anti-Semitic message, such as: posters and signs, e.g. ‘Jews are not wanted here’ newspapers, e.g. Der Angriff; Der Sturmer, edited by the Gauleiter Julius Streicher, which was very anti-Semitic with a seedy range of articles devoted to pornography and violence cinema, e.g. The Eternal Jew; Jud Süss.

An aspect of anti-Semitic indoctrination was the emphasis placed on influencing German youth. The message was put across by the Hitler Youth, but all schools also conformed to new revised textbooks and teaching materials, e.g. tasks and exam questions.

Creation of the Reich Central Office for Jewish Emigration: 1939

In the early years of the regime, the SA, as the radical left wing of the Nazis, took advantage of their power at local level to use violence against Jews, e.g. damage to property, intimidation and physical attacks.

After the Night of the Long Knives in June 1934 (an organised execution of anyone thought to be against Hitler), anti-Semitic violence became more sporadic for perhaps two reasons.

First, in 1936 there was a decline in the anti-Semitic campaign because of the Berlin Olympics and the need to avoid international alienation (see next page). Secondly, conservative forces still had a restraining influence.

The events of 1938 were on a different scale. The union with Austria in March 1938 resulted, in the following month, in thousands of attacks on the 200,000 Jews of Vienna.

In the Night of the Long Knives, Ernst Röhm, Hitler’s best friend for years, and 400 other Brown Shirts and the leaders of the Brown Shirts were murdered to consolidate Hitler’s grip on power. 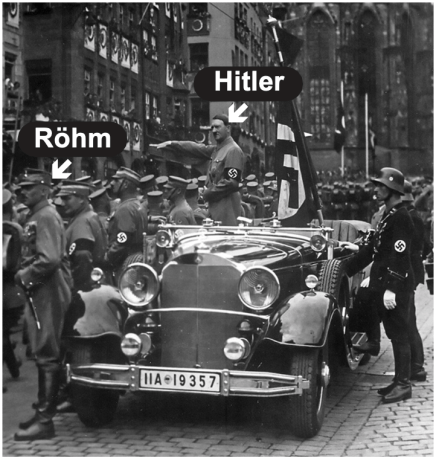 Anti-Semitism in Germany was becoming much worse and in 1938, on 9–10 November there was a ‘sudden’ violent pogrom against the Jews, which became known as the ‘Night of Crystal Glass’ (Kristallnacht) because of all the smashed glass.

Kristallnacht (Crystal Night) was ‘sudden’ - in fact someone was killed and the murderer was supposed to have been a Jew, but there was no proof at all that the killer was Jewish. The incident was used as an excuse to allow a violent, vicious, destructive outburst against all Jews in the country.

Not only were businesses targeted but homes and Synagogues (Jewish places of worship). Hundreds of people were either killed or died afterwards or committed suicides. Thousands of Jews were rounded up and put into concentration camps. 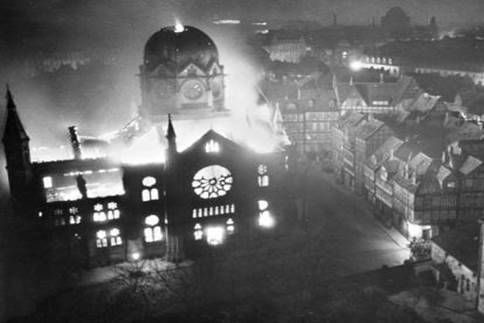 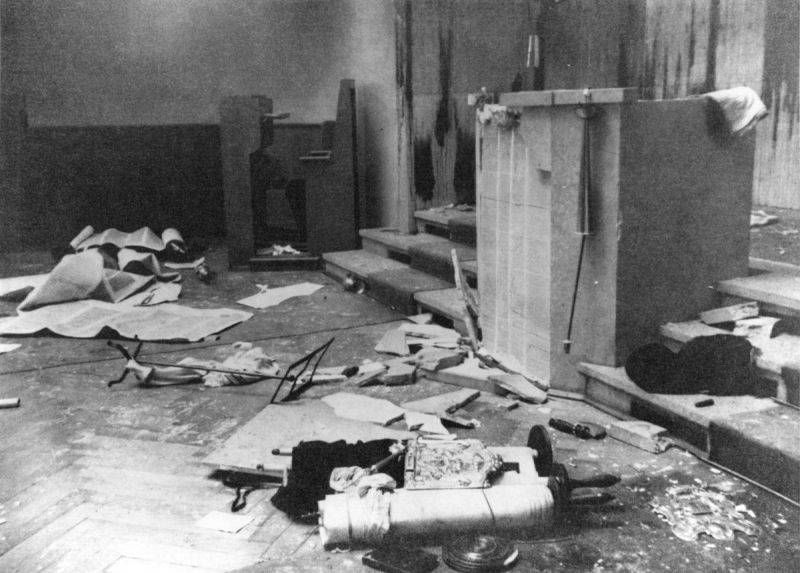 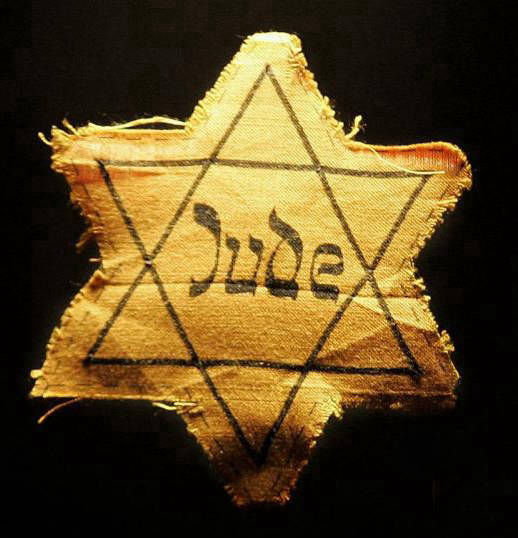 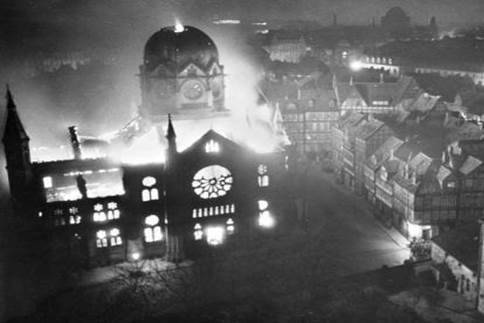 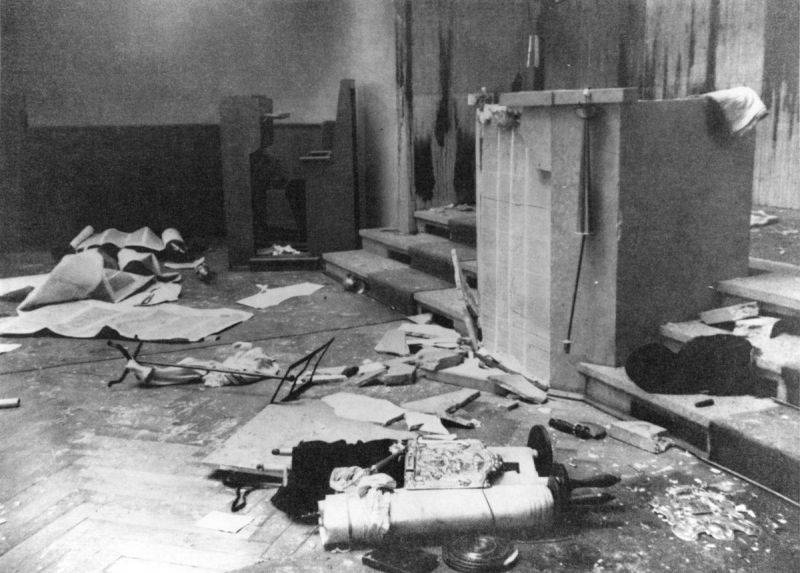 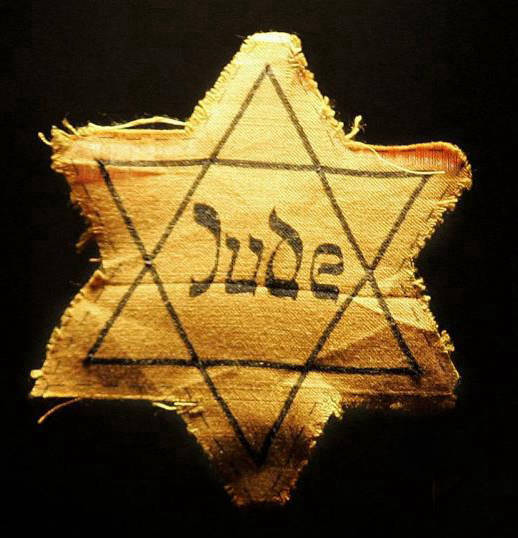 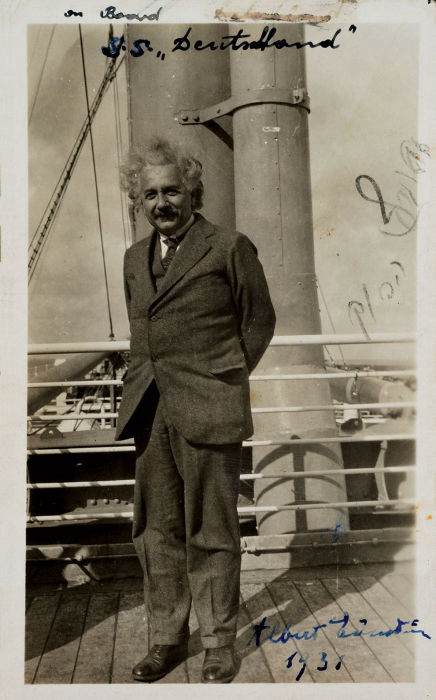 2.1 Forced emigration
From the start of the Nazi dictatorship, many Jews with influence, high reputation or sufficient wealth could find the means to leave. The most popular destinations were Palestine, Britain and the USA, and among the most renowned émigrés was Albert Einstein.